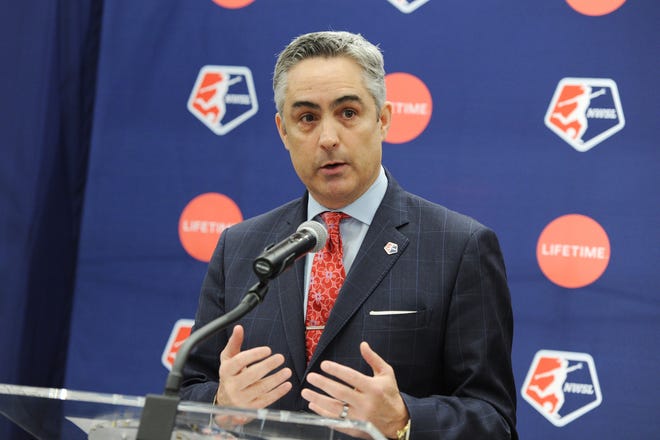 USA Curling is standing by its CEO despite allegations he played a role in the NWSL’s “systemic” culture of abuse and the league’s indifference to complaints from players.

Jeff Plush was the NWSL’s commissioner from January 2015 to March 2017. According to a yearlong investigation by former U.S. Attorney General Sally Yates, during Plush’s tenure several players alerted the league and U.S. Soccer to abuse by their coaches that included verbal tirades, retaliation, sexual harassment and sexual coercion. There often was no punishment and, in the instances where there were repercussions, coaches were allowed to move to other teams without anyone at the league or federation raising an alarm.

USA Curling’s Board of Directors said in a statement issued Thursday that it commissioned a “comprehensive review” of Plush’s actions after the Oct. 3 release of the Yates report. As a result, the board said it remains “confident in Jeff’s ability to continue as an effective leader of the organization.”

Plush has been USA Curling’s CEO since February 2020.

“The Board has been deeply involved in the process in ensuring Jeff can continue to lead the organization,” Lynn LaRocca, the board’s chair, said in the statement. “We are confident in our due diligence and the thoroughness that went into reviewing the matter.”

The board cited Plush’s “candor” during interviews, and also said it was encouraged by his “willingness to fully cooperate” in a joint investigation by the NWSL and its players union.

In her report, Yates said that Plush did not respond to repeated outreaches. This after Plush told USA Curling staff in October 2021 that he was an “open book” and “welcomed” an investigation because he was confident he’d acted properly.

“I have absolutely no equivocation whatsoever that I did the right thing. I know that I did the legal thing, I did the only things I could do by the law. I’m happy to let that come out,” Plush said, according to details provided to USA TODAY Sports by people with knowledge of the call. They requested anonymity for fear of retaliation.

According to the Yates report, the NWSL took no action after Portland Thorns player Mana Shim informed Plush directly in 2015 about coach Paul Riley’s persistent and unwanted advances, as well as his retaliation when she asked him to stop.

The Thorns fired Riley, but he was not banned by the NWSL and went on to coach two other teams in the league.

Also in 2015, Plush was given results of player surveys that described Chicago Red Stars coach Rory Dames as “abusive.” Though Plush forwarded the results to U.S. Soccer, Yates said neither the league nor the federation took any action and the Red Stars owner doesn’t recall being told about the concerns.

Who has the most Olympic medals? These names...

Who is the youngest Olympian to compete? Other...

Who has the most Olympic medals? Michael Phelps...

Meet 'Les Phryges' the mascots for the Paris...

French symbol for freedom wins the honor of...

Her path altered by loss, Shilese Jones on...