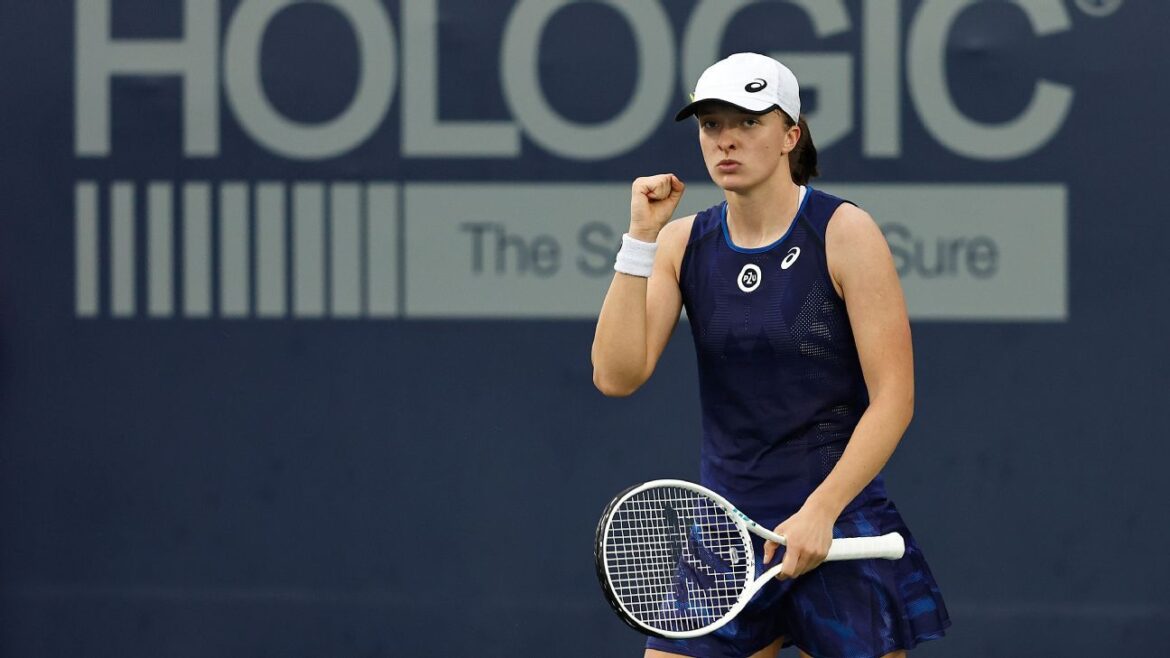 In the other semifinal, qualifier Donna Vekic of Croatia and unseeded American Danielle Collins were tied 2-2 in the third set when the match was delayed by rain. Vekic took the first set and Collins the second, both 6-4. After play resumed, Collins took a 4-2, 0-30 lead before another downpour led tour officials to postpone the remainder of the match until Sunday.

“I knew I had the game to win this match, but I just lost my focus in the middle of the [first] set,” said Swiatek, 21, the reigning US Open and French Open champion. “I didn’t want to make that mistake again.”

“I’m from Europe, so I’m used to wet weather,” said Swiatek, who gained her ninth WTA final of 2022. “With the heavier balls, it was hard for me to play with more topspin. I managed to change it up, so I’m happy about that.”

After Swiatek broke Pegula’s serve for a 4-2 third-set edge, she won the final two games, the winning point coming on a Pegula forehand that landed near the bottom of the net.

“I didn’t think there was that much of a difference between us,” said Pegula, “but she’s No. 1 for a reason and she’s always frustrating to play.”

Where Jalin Hyatt ranks nationally for touchdowns after Alabama game

Leeds-Arsenal delayed by 40 mins due to VAR power outage