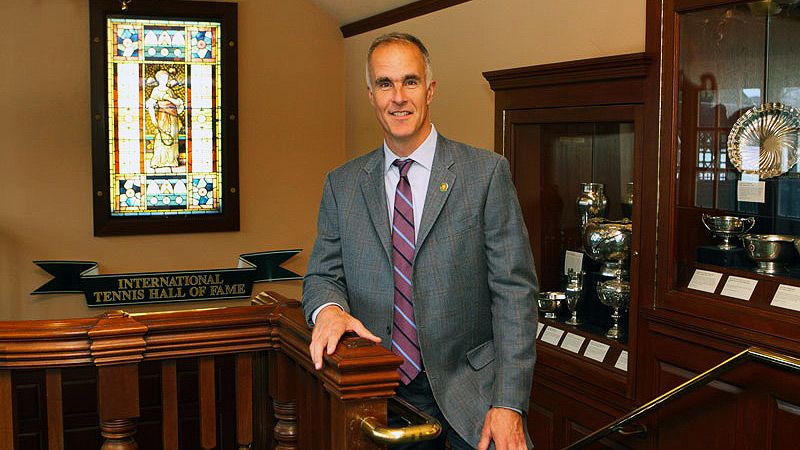 NEWPORT, R.I. — Todd Martin is resigning as CEO of the International Tennis Hall of Fame after nearly a decade in the post to join Beemok Capital.

Martin’s move was announced Wednesday, the same day Beemok Capital announced it had closed its acquisition of the Western & Southern Open tournament from the U.S. Tennis Association.

The hard-court event for women and men is held in Ohio in August, shortly before the US Open. An expansion from seven days to 12 is planned for 2025.

Martin’s departure from the Hall of Fame is effective Jan. 1. He has led it since September 2014.

A search committee will be formed to find a new CEO.

As a player, Martin was the runner-up at the 1994 Australian Open and 1999 US Open, was twice a semifinalist at Wimbledon and reached No. 4 in the ATP rankings.

Novak Djokovic to tune up for Australian Open...