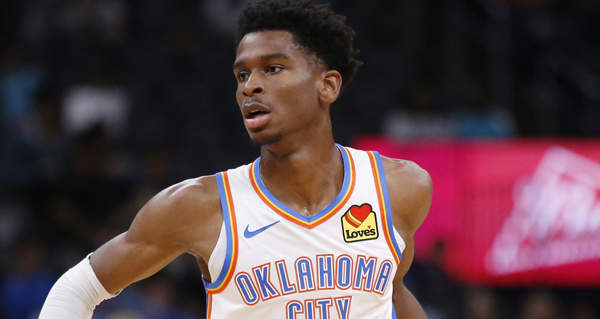 That’s good news for a Thunder team that had several players miss considerable time with injuries last season. Oklahoma City will be without first-round pick Chet Holmgren, but the rest of the roster appears ready to go. OKC opens their season at the Minnesota Timberwolves on Wednesday, October 19.

Gilgeous-Alexander is starting the first year of a five-year, $179 million extension with the Thunder. He’s considered a key player, alongside Josh Giddey, Lu Dort and Holmgren as Oklahoma City looks to take steps forward in their rebuild.

Wildcats stay put at No. 17 in AP Poll

Dodgers News: Tyler Anderson “Would Have Gone 150 Pitches If He Could”

Stephen Curry leads NBA in 3-pointers for the...

‘He really cares, he wants to be great’