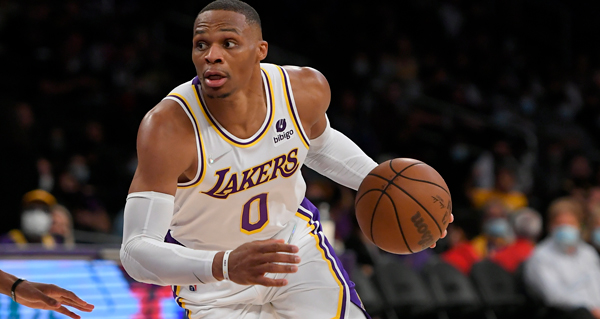 Los Angeles Lakers guard Russell Westbrook is dealing with a sore left hamstring before the season opener on Tuesday night. The Lakers are calling Westbrook “day-to-day” with the soreness.

The Lakers experimented with bringing Westbrook off the bench during their final preseason game. That lasted only five minutes, before the veteran point guard was forced to leave with the sore hamstring.

To this point, Los Angeles hasn’t said anything about Westbrook’s status for the opener. The Lakers open the regular season at the Golden State Warriors on Tuesday.

Stephen Curry leads NBA in 3-pointers for the...

‘He really cares, he wants to be great’