Rickie Fowler comes up one short, settles for ‘bittersweet’ T-2 at Zozo Champ. 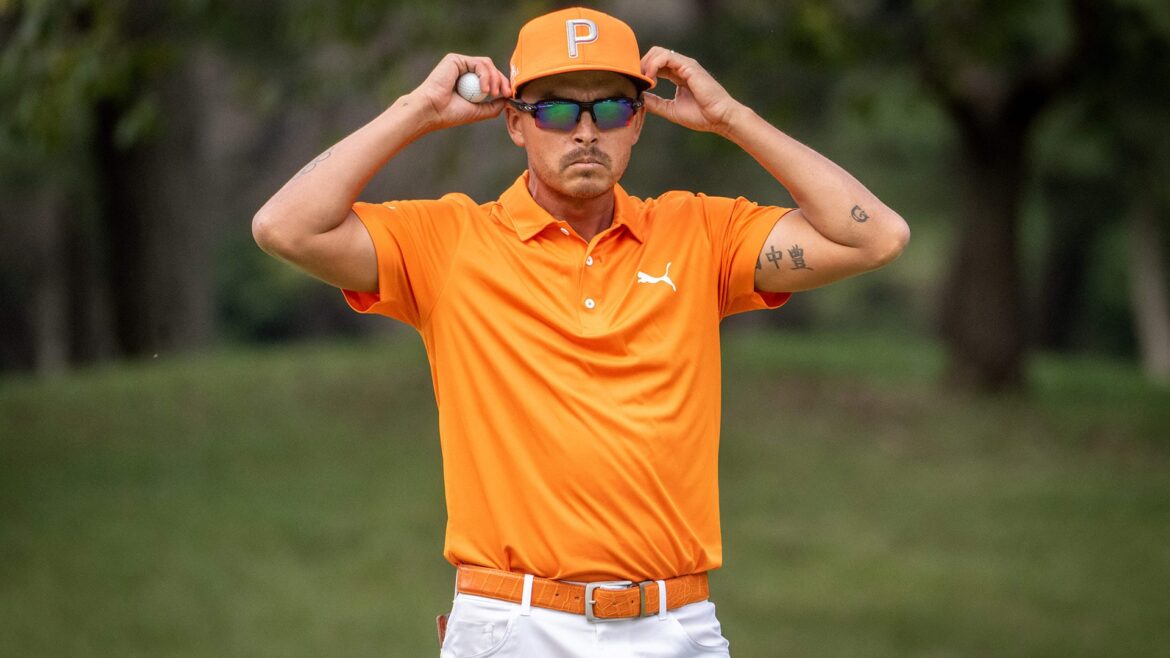 There’s a level of pressure that comes with stardom, and that pressure was on Rickie Fowler heading into the final round of the Zozo Championship.

Despite the Zozo being played in the middle of the night in the United States, the eccentric Fowler had social media buzzing.

Could this be the night he finally gets back in the winner’s circle?

Fowler, with bright orange pants and a brighter personality, captured the hearts of so many golf fans when he burst onto the scene more than a decade ago.

Those fans have waited nearly four years for Fowler’s sixth PGA Tour win, and they’ll have to wait a little longer.

Keegan Bradley raised both arms to the sky and was tearing up after clinching the victory with a tap-in on the 18th.

A final-round even-par 70 left the fan favorite one shot shy of Keegan Bradley, who ended his own drought with his first victory since the 2018 BMW Championship.

It was a slow start Sunday for Fowler, finding himself 1 over par through six holes and failing to get under par at any point during his final round.

Two bogeys and two birdies made for a fairly uneventful final 18 holes for the 33-year-old, whose 12 greens in regulation Sunday were his fewest in any round this week.

Even hitting fewer greens than the first three rounds, Fowler took 30 putts to make his way around Accordia Golf Narashino Country Club Sunday afternoon, his highest total of the week.

Fowler spoke after the final round about how he balances the disappointment of coming up short with the encouragement of being in contention, which has been a rarity of late for the former world No. 4.

“Yeah, kind of bittersweet. Obviously wanted to get the job done and I felt very good going into today,” Fowler said. “Felt, you know, probably as good as you can feel out there. Final round, haven’t been there a whole lot in the last couple years, really just didn’t give myself many opportunities until the end.

“And I hit some darn good putts that it was like there was a cover over the hole. Gave it our all, left it all out there. Big congrats to Keegan, he made the putts, I didn’t. He earned it. But definitely excited about having a couple good finishes to start the season and a lot of good stuff coming.”

This was just Fowler’s third start on Tour since it was announced he was splitting with swing coach John Tillery and returning to Butch Harmon, who the former Oklahoma State star worked with from the time he turned professional until about three years ago.

Full-field scores from the Zozo Championship

The reunion with Harmon appears to have kick-started Fowler’s game, as those “couple good finishes” he mentioned include this T-2 and a T-6 at the Fortinet Championship last month in Napa.

As hard as it is to believe, that’s already more top-10s than Fowler accrued last season, when he managed just one: a T-3 at the 2021 CJ Cup.

The charismatic star spoke in Japan about what it means to have multiple good results this early in the season.

“It’s just finally in a position where we’re building momentum and building more confidence,” Fowler said. “I feel like in the last few years there would be times where kind of take a step forward and just was never really able to build more momentum than for one week at a time. In a great spot and finally in a position where things are starting to kind of snowball and head in the right direction all together.”

Tiger Woods ready for ‘The Match’ after pulling...

Will Zalatoris set to return from back injury...

At event he grew up attending, APGA’s Michael...

What to know ahead of this year’s QBE...