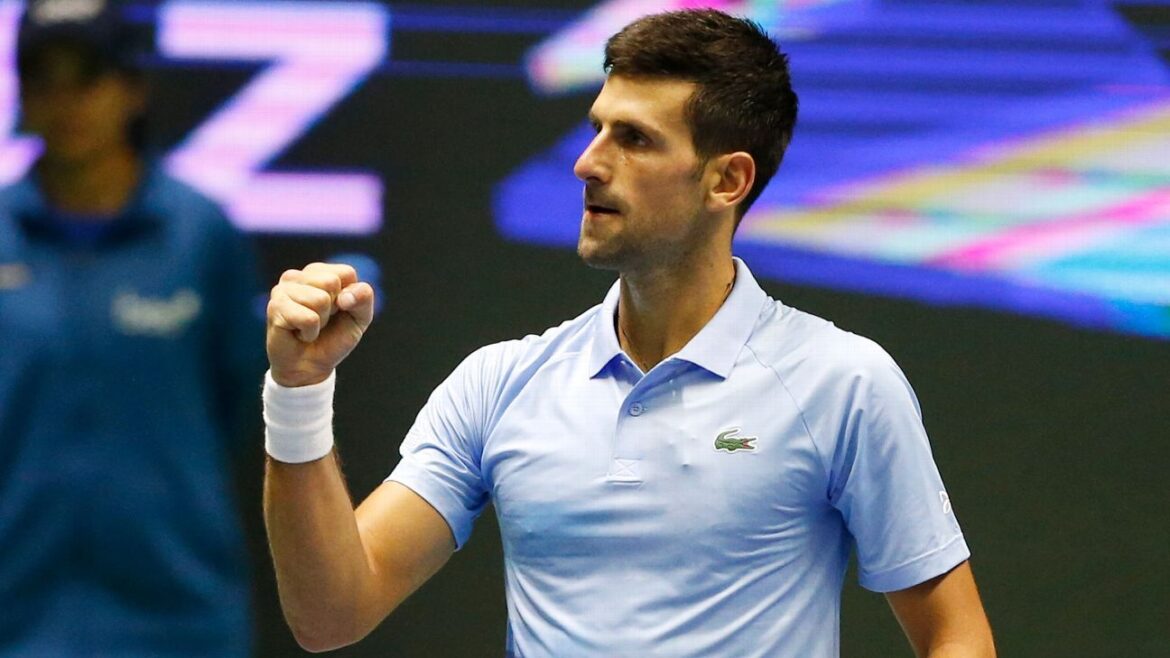 ASTANA, Kazakhstan — Novak Djokovic needed only 75 minutes to win his 90th tour title, overcoming third-seeded Stefanos Tsitsipas 6-3, 6-4 in the final of the Astana Open on Sunday.

Djokovic dominated his Greek opponent from the start, winning the first game in little more than a minute. The Serb did not face a break point in the match and hit 15 winners with only seven unforced errors.

It was the Wimbledon champion’s fourth title of the year, including Rome and Tel Aviv.

The fourth-seeded Tsitsipas, 24, who was chasing his third title of 2022 after Monte Carlo and Mallorca, saved three of five break points. He won only 42% of his second serve points in contrast to Djokovic’s 80%.

“You know, 35 is not 25,” Djokovic said. “But I think the experience, probably, in these kinds of matches and big occasions helps as well to approach mentally in the right way.”