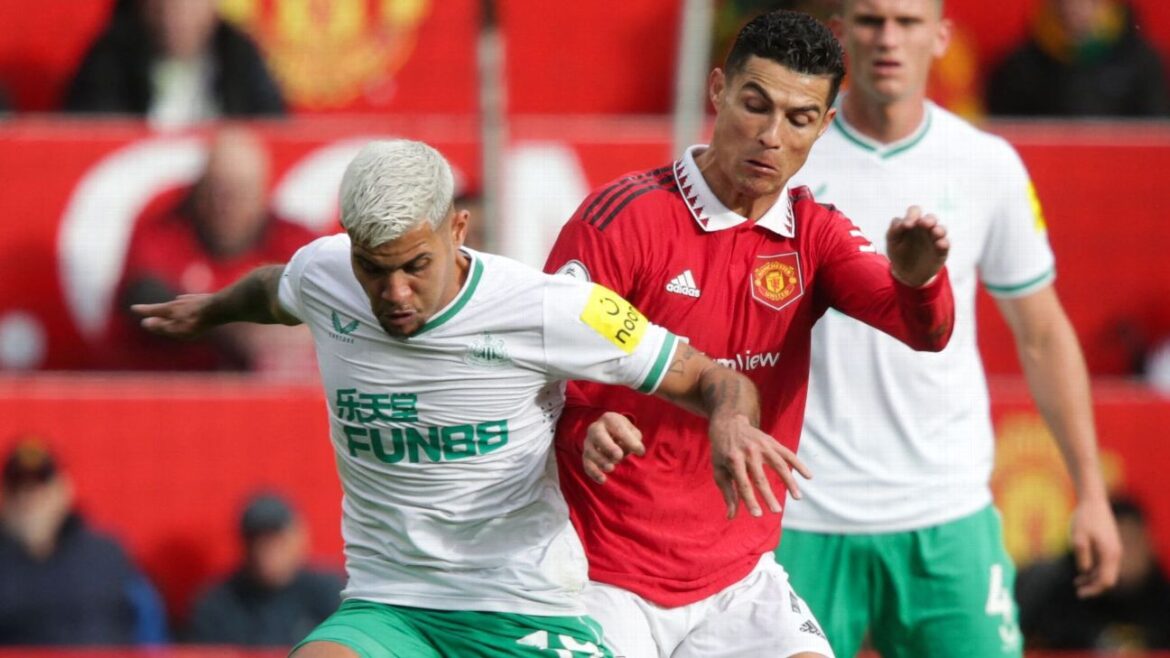 Manchester United were held to a frustrating goalless draw against Newcastle at Old Trafford on Sunday.

The hosts were left fuming after referee Craig Pawson ruled out two Cristiano Ronaldo strikes early in the second half.

Erik ten Hag’s side also felt they should have been awarded a penalty when Jadon Sancho was brought down inside the area.

The result sees United remain in fifth place while Newcastle sit a position behind them in sixth.

The visitors wanted a penalty of their own after nine minutes when Callum Wilson was challenged by Raphael Varane but referee Pawson wasn’t interested.

Newcastle had the best chance of the first half when Joelinton twice struck the woodwork in quick succession from close range after 24 minutes.

Following a slugging first half, United started better after the break and Ronaldo saw two goals disallowed in quick succession.

The first was due to an offside earlier in the buildup while the second incident moments later was far more controversial.

Fabian Schar appeared to pass a free kick back to Pope and Ronaldo intercepted the pass to score but the referee ruled it out.

The hosts were even more furious when the referee turned away a penalty when Sancho appeared to be clipped by Sean Longstaff inside the area.

United had two big chances to win the game late on but Fred and substitute Marcus Rashford both missed from close range.

Ten Hag defends subbing Ronaldo in Man United draw: ‘We have to rotate’