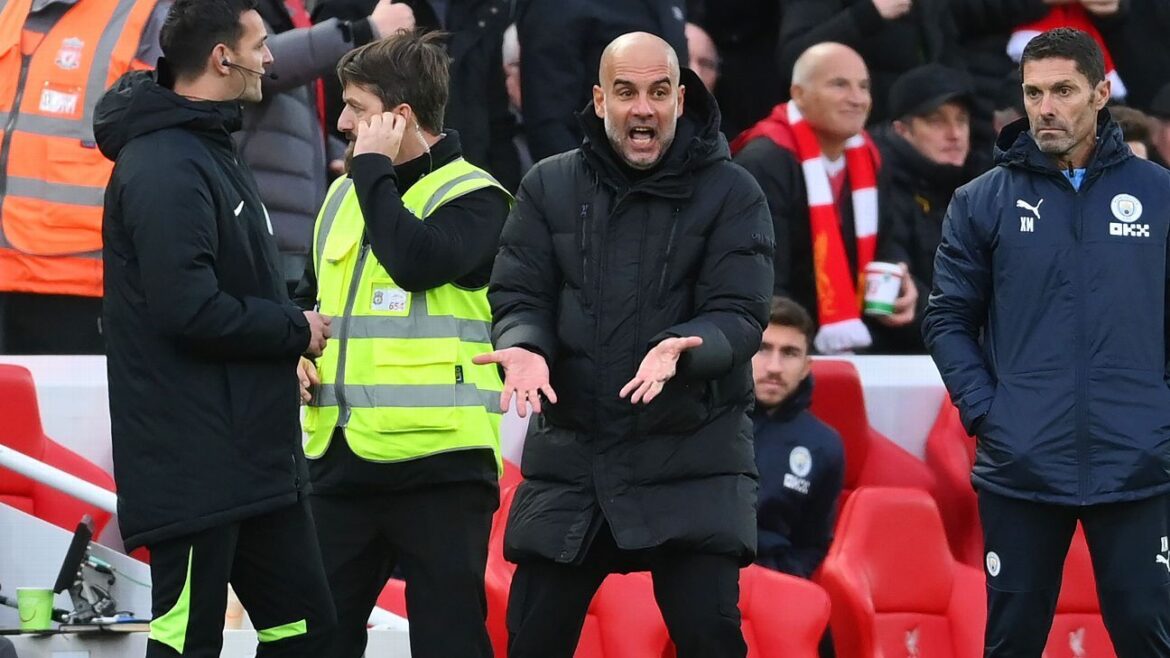 Pep Guardiola said he was targeted by coins thrown from the stands during Manchester City‘s 1-0 defeat at Liverpool, which ended the Premier League champions’ unbeaten start to the season.

Mohamed Salah‘s 76th-minute goal — his ninth in 16 games against City — was enough to win the game for the home side, who saw manager Jurgen Klopp sent off for berating an assistant referee.

City looked to have taken the lead on 53 minutes through Phil Foden, but after the goal was disallowed for a foul by Erling Haaland on Fabinho following a VAR check, Guardiola turned to the crowd in the main stand and goaded the Liverpool fans to make more noise.

Reports claimed that City will lodge a complaint about objects — identified as coins — which were subsequently thrown at Guardiola.

And while confirming the alleged incident, Guardiola said he was targeted rather than hit by the objects.

“Next they will do it better,” he said. “They didn’t get me. They try it again next year.

“All these coins, they tried, but didn’t get it. They got the coach years ago.”

When asked whether he had incited the crowd with his actions, Guardiola said: “They shout, we shout more. Otherwise here in this stadium …

Klopp, meanwhile, said that his red card for criticising the officials for failing to award a free kick following a Bernardo Silva foul on Salah was “probably deserved.”

But the Liverpool manager remained angry about the failure of referee Anthony Taylor to award the free kick.

“I lost it and I apologise — in the end, probably deserved, but you cannot have this situation.” Klopp said. “It is the clearest foul I ever saw in front of the linesman, and he [referee] is not bothered.

“It is clear. They just watch the game, but we [the managers] are involved.”