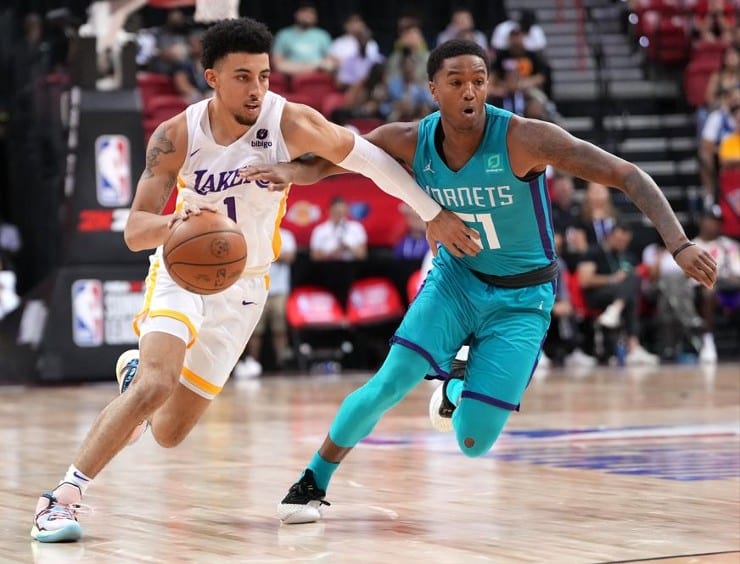 The Charlotte Hornets are signing guard Ty-Shon Alexander to a non-guaranteed deal. This move comes a few of days after the team waived Anthony Duruji and Jaylen Sims.

A few NBA betting sites are giving the Hornets the 10th-lowest odds to win a championship in 2023. But some sportsbooks are not ruling out a playoff appearance for the Eastern Conference team.

#Hornets are signing Ty-Shon Alexander to a non-guaranteed deal, per league sources. Charlotte native attended Concord High School and Northside Christian Academy before finishing at Oak Hill Academy in Virginia. He appeared in 15 games for Phoenix in 2020-21.

Guards Theo Maledon and Bryce McGowens occupy the team’s two-way spots. Prior to the start of the regular season, an Exhibit 10 deal can be converted into a two-way contract.

Alexander played with the Hornets during the 2022 NBA 2K23 Summer League. In the Hornets’ 89-86 double-overtime win over the Los Angeles Lakers, he finished with 22 points, 3 rebounds, and 3 assists in 30 minutes of action.

In 2020, Alexander went undrafted out of Creighton. He signed a two-way contract with the Phoenix Suns. During the 2020-21 season, the guard appeared in 15 games off the bench. But he only averaged 0.6 points and 0.7 rebounds per game.

In the 2020-21 season, while with the Cleveland Charge — the Cavaliers’ NBA G league affiliate — the guard logged 9.3 points, 2.9 boards, and 1.9 assists per contest in 15 appearances off the bench.

Besides G League outings, the baller played overseas. In September 2021, Alexander signed with Virtus Bologna of the Italian Lega Basket Serie A (LBA). He won the Italian Supercup with his team after defeating Olimpia Milano 90-84 in the championship game.

Will the Hornets cut him in the coming days? Following his deal, their roster is now back at 20.

Additionally, the guard displayed career-best performances in his senior 2019-20 season. In 31 starts, Alexander recorded career highs of 16.9 points, 5 rebounds, and 1.3 steals per game.

He was then selected to the All-Big East First Team.

If Ty-Shon Alexander signed an Exhibit 10 contract, this move benefits him. If the guard gets waived by the Hornets and spends at least 60 days with their G League affiliate, the Greensboro Swarm, he will be entitled to a $50,000 bonus.

Robert Williams Could Return To Celtics In 10-12...

Thunder guard Luguentz Dort downgraded to out vs....