Dodgers News: Tyler Anderson “Would Have Gone 150 Pitches If He Could” 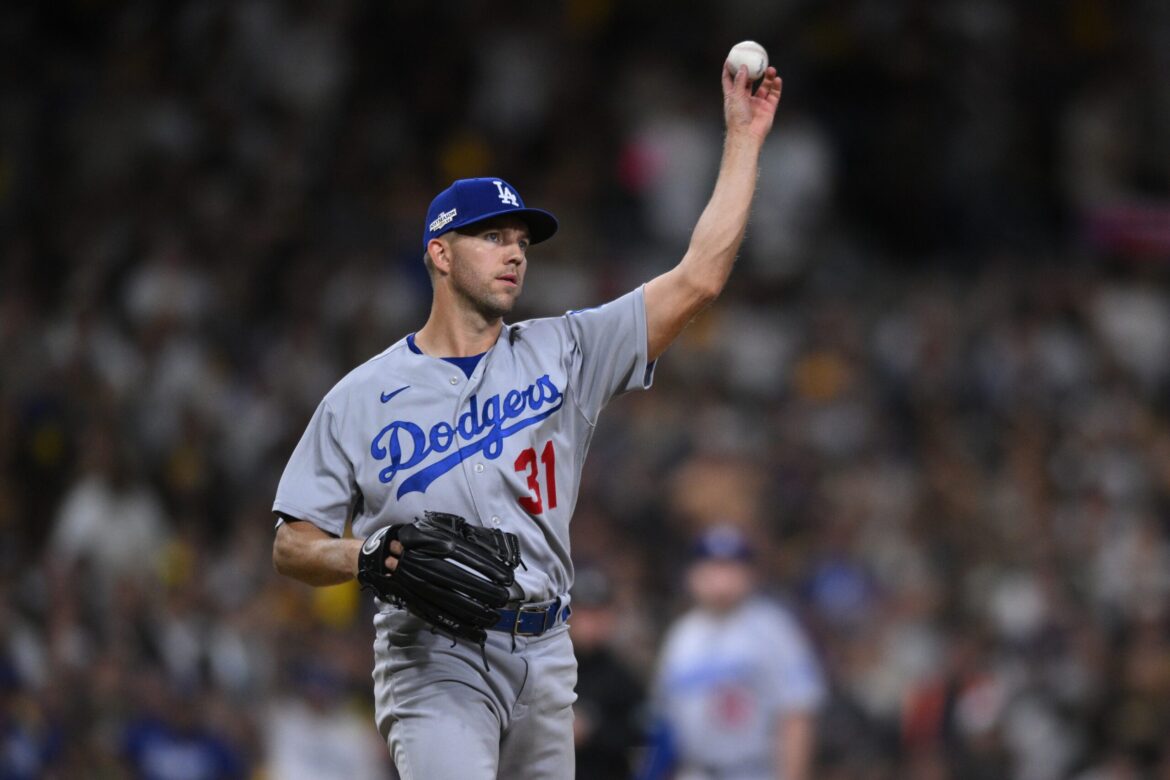 Let’s face it. Last night was hard. We’re all still mourning what should have been a perfect ending to an incredible season but the reality of the situation is the Padres outperformed us when it mattered the most.

Tyler Anderson took the mound for Game 4 and put out an incredible 5 innings of work holding the Padres scoreless to our 2 runs. He delivered 6 strikeouts and only allowed 2 walks and 2 hits.

But, Dave Roberts decided to call it a day for Anderson and replace him with Brusador Graterol.

Many fans and even the commentators were baffled by the fact that the 7-year Dodgers skipper would take out Tyler Anderson who has been absolutely dominant all season long.

Anderson threw more than Saturday’s 86 pitches in 14 of his regular-season starts, pitching past the fifth inning 21 times.

He had this to say after the game about Doc’s mid-game decision:

“I could’ve gone five more (innings)…I would’ve thrown 150 pitches if they would’ve let me. But you never second guess that situation.”

Frankly, I don’t believe Anderson wasn’t questioning what could have happened if he had just stayed in the game, but Roberts has a track record of pulling guys early.

Julio Urias who got Game 1’s start only went 5 innings, Clayton Kershaw went 5, Tony Gonsolin only went 1 and 1/3 before Heaney backed him up with three innings.

Nonetheless, the Dodgers bullpen has been solid for the Dodgers this postseason in the damage control situations.

Heading into last night’s game,  Dodgers pitching staff has held the Padres to a .115 average (3-for-26) with runners in scoring position across Games 1 through 3.

Anderson reflected on the quality of the bullpen this postseason:

“We have an unbelievable bullpen…They’ve been so good all year and they’ve helped us win so many games this year so you understand to try and piece this thing together and try to get us to tomorrow.”

Unfortunately, the pitching staff fell short of surviving and forcing a Game 5. Kahlne, Almonte, and Vesia gave up 5 crucial hits which contributed to 5 runs in the bottom of the seventh. And just like that the team’s season was ended because the Dodgers offense failed to respond only down by 2 runs at that point.

Have you subscribed to our YouTube Channel yet? Subscribe and hit that notification bell to stay up to date on all the latest Dodgers news, rumors, interviews, live streams, and more!

16 Ways In order to A very Glamorous Reputation Photo [Backed by Research!]

On the Washington Nationals sticking to the plan...