Chad le Clos marked the start of his training partnership with Dirk Lange with the 10th-fastest 100 fly in history as the FINA World Cup got under way in Berlin.

Le Clos has joined up with fellow South African and coach Lange at his Frankfurt training stable and on Friday he split 22.65/25.93 – the only sub-26 second 50 in the field – to win in 48.58 for the sixth-swiftest of his career.

It was just 0.10secs off Evgeny Korotyshkin‘s 2009 World Cup record of 48.48 with the super-suited records still distorting the landscape.

The time was 0.50secs outside Le Clos’ African record of 48.08 dating back to the 2016 World Short-Course Championships.

Friday’s performance came after a year of frustration, illness and surgery, as well as the lowest point of his career at the Commonwealth Games when he finished fourth in the 100 fly.

He told Swimming World earlier this month he had been “written off in world swimming” before vowing to silence the doubters, saying “they are making a huge mistake to write me off, everyone. So good luck to them.”

Katarzyna Wasick was the comprehensive winner of the 50 free with her time of 23.32 just 0.02 outside the Polish record she set during the ISL in November 2020.

There was clear water and 0.77secs between Wasick and Australia’s Meg Harris who clocked 24.09 with just 0.01 separating her from Erika Brown (24.10).

Dylan Carter was the only man inside 21secs as he won the men’s event in 20.77 and in a repeat of the women’s race, the next two home were just 0.01 apart with world record-holder Kyle Chalmers (21.04) beating Florent Manaudou to the touch (21.05). 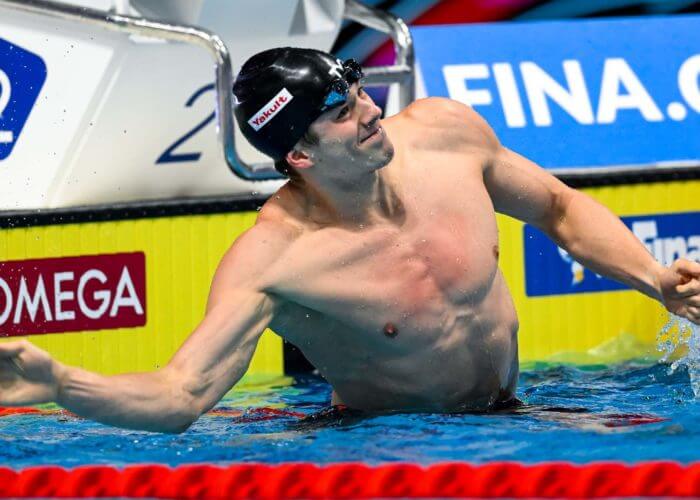 Reece Whitley was 0.63 behind in 57.06 with Nicolo Martinenghi moving from fourth at halfway to clinch the final podium place in 57.14.

World bronze medallist Shaine Casas led from start to finish to claim the 200 back in 1:50.02 ahead of European champion Yohann Ndoye Brouard whose time of 1:50.56 was 0.67 outside Benjamin Stasiulis’ French record of 1:49.89, another set in the 2009 super-suit era. 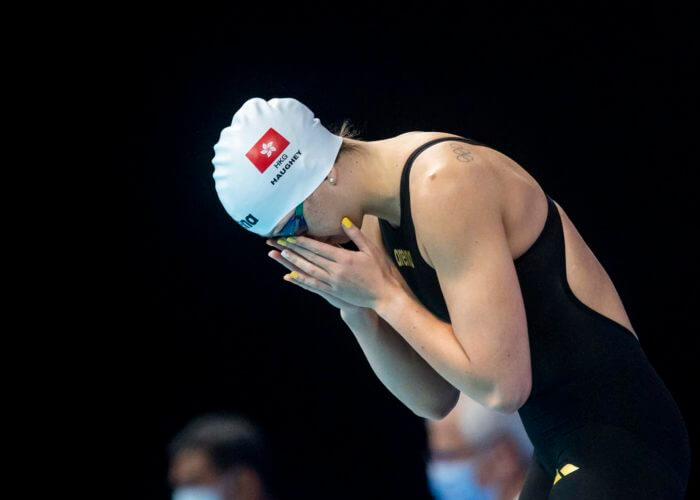 Matt Sates – the 2021 World Cup men’s champion – prevailed in the men’s equivalent after trading the lead with Danas Rapsys and Kieran Smith.

Figuring Out How To ‘ACE’ Your College Swimming...

The Week That Was: It’s Finally December!

The Golden Anniversary Of Shane Gould and a...

Isabel Ivey Announces She Will Transfer to Florida