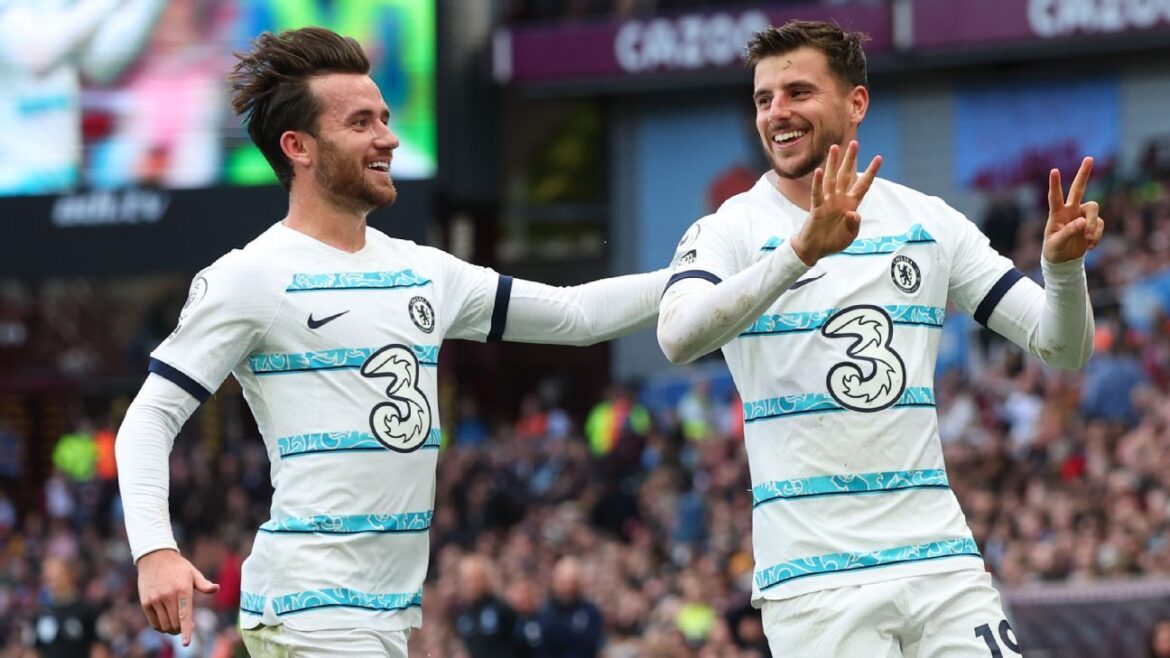 Chelsea are unbeaten in six games since Potter replaced Thomas Tuchel at Stamford Bridge and the win at Villa was their fifth in a row in all competitions.

They were given a helping hand by their hosts with Mount cashing in on a horribly misguided defensive header by Tyrone Mings in the sixth minute.

Villa responded well and created several good chances before the break but were frustrated by Chelsea’s keeper Kepa Arrizabalaga who made a series of saves including a miraculous one to deny Danny Ings an equaliser.

Any hope of Villa salvaging something from the game disappeared in the 65th minute when Mount’s dipping free kick deceived keeper Emiliano Martinez.

Villa are 16th, one point above the relegation zone, with pressure mounting on manager Steven Gerrard who was taunted by Chelsea fans throughout the game.

With England manager Gareth Southgate sitting in the stands to run the rule over some of his England squad, the day could not have been more different for Mings and Mount.

Mings has lost his place in the England squad and hardly boosted his prospects of a recall for the Qatar World Cup when he gifted Mount Chelsea’s opener.

Ben Chilwell‘s pass was deflected up in the air and Mings got his clearing header all wrong, glancing it backwards towards his own goal where Mount pounced to volley home.

Chelsea’s goal led something of a charmed life after that with Arrizabalaga producing excellent saves to keep out efforts by John McGinn and Jacob Ramsey as Villa attacked with verve.

His best effort, however, was springing through the air to keep out an Ings header from point-blank range.

Raheem Sterling was denied by the woodwork as Chelsea looked dangerous going forward but rocky at the back.

Mings’s afternoon got worse when he gave away the foul which gave Mount the chance to size up a free kick.

The England midfielder got plenty of movement on the ball but Martinez should have done more to keep it out.

Villa were subdued after that but while there were boos at the final whistle, Gerrard would have been encouraged by the way his team caused Chelsea problems.

Leeds-Arsenal delayed by 40 mins due to VAR power outage

Ten Hag defends subbing Ronaldo in Man United draw: ‘We have to rotate’

Argentina improving, but it’s nice to have Messi...

Mexico goal was most powerful shot of World...

USA lose, are England and France next?

US achieved a lot in Qatar, but left...