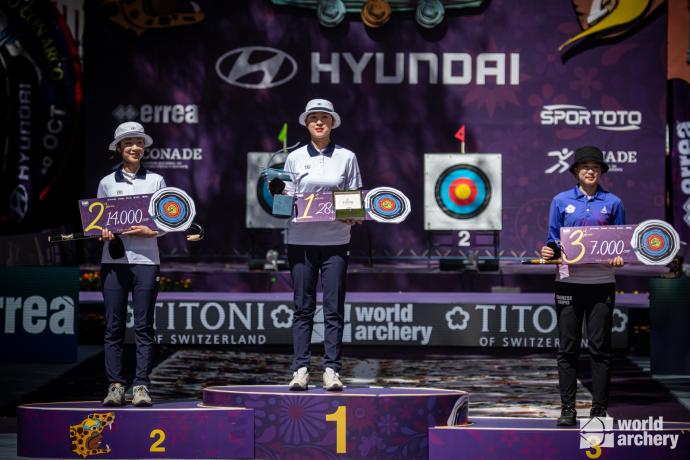 An’s route to the gold medal match was tighter, getting past Chinese Taipei’s Kuo Tzu Ying 6-4 in the quarter-final before edging past Peng Chia-Mao by the same score line in the semi-final to set up the final many had wanted.

Choi had raced into a 2-0 lead in the first set thanks to a perfect 30 before An levelled proceedings in the second, as her opponent shot a seven in between two tens.

The hotly anticipated battle between the pair lived up to expectations, as they then exchanged sets once more to set up a deciding fifth set, which An sealed with a ten from her final arrow to take her first Hyundai Archery World Cup title in Mexico.

The Chinese Taipei archer went 2-0 ahead in the first set and never relinquished her lead throughout the five-set encounter to add World Cup bronze to her team World Championship gold from 2019.

Competition at the 2022 Hyundai Archery World Cup Final continues this afternoon with the men’s recurve event.