4 Quota places for Asia and 4 for Europe 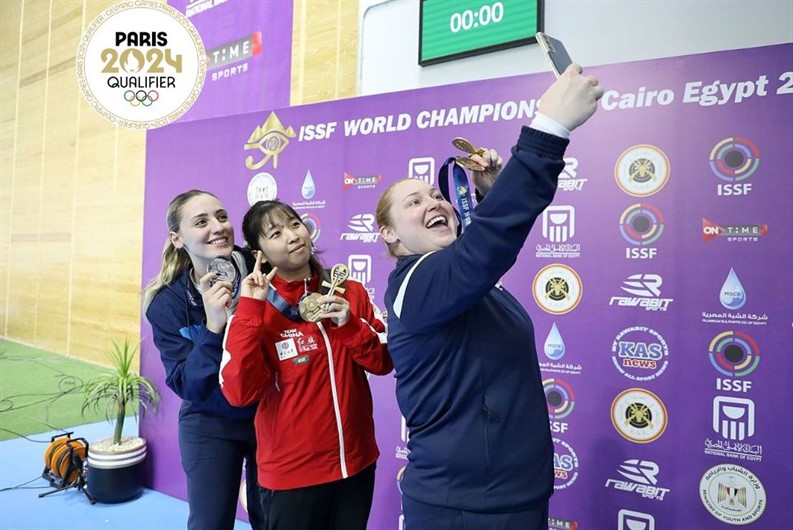 Jinyao LIU from People’s Republic of China became the world champion in the 10m Air Pistol Men event. For him, this award was the first at the ISSF competition among men. His teammate Yifan ZHANG won the Silver, which was also his first medal at such a high level. Bronze was won by the winner and prize-winner of the World Cups Pavlo KOROSTYLOV from Ukraine. Jinyao LIU and Pavlo KOROSTYLOV won Quotas for their countries. Two more quotas were won by Wonho LEE from Republic of Korea and Gulfam JOSEPH from Pakistan.

In the 25m Pistol Junior events, the victories were won by athletes from India, who showed the best result among both Junior Men and Junior Women.

Esha SINGH from India won Junior Gold. In the final, she was more accurate than her rivals Sixuan FENG from People’s Republic of China and Miriam JAKO from Hungary, who took second and third places, respectively.

Tomorrow at the World Championship there will be finals in 10m Air Team Junior events and 50m Rifle 3 Positions Women Junior. Watch live streaming on the ISSF Internet resources.

6th Quota for USA in Lima